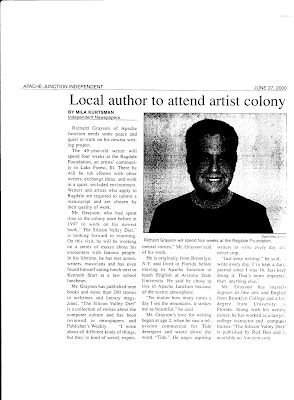 Richard Grayson has a letter in the New York Times today (June 5, 2000), "Summer Squall in Southampton":

It is understandable that the wealthy seasonal residents of the Hamptons and other resort communities want a voice in local taxation issues. But it would be unfair to allow them to vote in local elections in two communities. Americans long ago abandoned property qualifications for voting, in favor of the principle of one person one vote.

Rich people with a Manhattan apartment and a Southampton house should choose one of those locations as their voting residence. Otherwise, their wealth will give them two votes and represent not them but their property.